The Trickster by Dorothy A. Winsor review 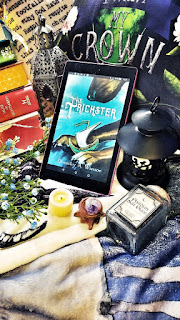 Thank you to the Inspired Quill, Dorothy A. Winsor, and cardinalsluvbooks for providing a copy of The Trickster by Dorothy Winsor in return for an honest review! The Trickster follows two fascinating young protagonists: Dilly, a lady-in-waiting to a noblewoman, and Fitch, the son of a smuggler, who find themselves caught up in a dangerous plot that kicks up in the middle of the winter festival. Starting out with a rather whimsical scene of a girl in a winged costume with a loyal little dog, this book quickly surprises you with the tactful treatment of rather serious issues. Dilly and Fitch both have deep, complicated backstories that constantly affect the way they handle what they're going through in the present. Nor would one read the beginning and expect the political intrigue and truly sinister plans that our main cast needs to bring a stop to, and yet it works. The dark topics and realistically cruel villains slide in like puzzle pieces, making this book a page-turner you'
Post a Comment
Read more 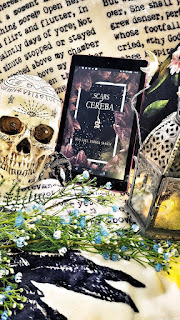 Scars of Cereba by Rachel Emma Shaw is the sequel to The Last Memoria . Thanks to the author for providing me an ARC in return for an honest review! If you read my review of the last book, you’ll know that The Last Memoria was an incredibly dark book. This one is no different. If you struggle with depression or self-harm, this book might not be the best choice for you. It opens in a bleak setting, with Falon hanging from a pillar for public humiliation. He’s spent months imprisoned, with Sarilla long gone. Well, almost gone. At the end of the last book, Sarilla poured some of her memories into Falon. This resulted in a rather confusing format for the first portion of the book. Sarilla and two versions of Falon existed in his head, and it wasn’t always easy to tell which one was narrating, as it switched quite often. Personally, I think it might have been easier if each chapter for that portion was titled after whose PoV it was. It consists mostly of inner monologue, giving you a fron
Post a Comment
Read more

A Trial of Sorcerers Review 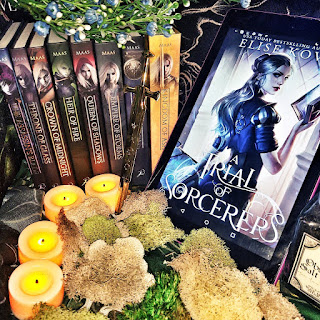 We return once again to Solaris in Kova’s newest novel: A Trial of Sorcerers . Taking place after the events of Crystal Caged, Solaris and Meru, previously known as the Crescent Continent, are now allies. We step away from the royal family, however, and the main character is a young woman named Eira. She’s a waterrunner, giving her command over water and ice, but her talents don’t stop there: she hears the voices of people attached to the objects they were near, making her privy to secrets that she was never supposed to know. Right off the bat, Eira is a likable character. She’s awkward and shy, obsessed with Meru, and unapologetic about her obsession. She always does her best, though she’s constantly held back by her family. She and her best friend, Alyss, have the best friendship, too. They always look out for each other, even if they won’t be happy about it. Eira is a fun character to follow and watch come into herself. The plot is absolutely thrilling. Conflict is introduced early
Post a Comment
Read more 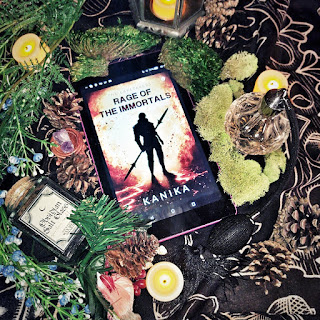 The author, Kanika, sent me a free copy of this book in return for an honest review. Thank you! I want to get this out of the way first: the writing style didn’t particularly vibe with me. Kanika’s style has heavy use of dialogue, without much in the way of description. I’ve seen this style before, and I’ve enjoyed it in short stories, but for a longer book I really want more visuals to go along with the characters’ lines. It was several chapters in before we learned that our main character, Kara, has blue skin. It seems like a small detail, but it’s an important one. That being said, the characterization is good. You get a quick feel for all of them, especially the main two, Kara and Cifer. The dialogue is also well done: witty banter and long, emotional conversations abound across every page. Kanika is imaginative in how she presents her characters and their different ways of life, making a world that’s certainly intriguing, even if you wish you had more information about it. There
Post a Comment
Read more

A UNIVERSE OF WISHES review 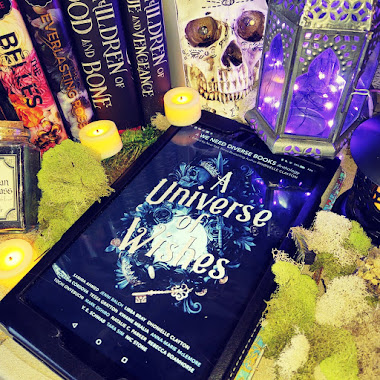 Thank you, Netgalley, for this free review copy! A Universe of Wishes is a #WeNeedDiverseBooks short story collection, featuring a wide array of authors and an even wider array of stories. Before I officially get into the review, I’d like to make a quick disclaimer: I had to skip two stories because they were from series that I either haven’t read or haven’t read in completion yet. One of which was the A Darker Shade of Magic short story that everyone was so excited about. Sorry! Every story in this collection is either fantasy or sci-fi and, even though I’m not generally a fan of sci-fi, I found even those stories to be incredibly charming. Every author they chose is so talented, telling diverse stories that are either about the struggles of the minorities featured, or just about people who are PoC and/or LGBTQIA and just happily going about their lives. With so many stories, I’d struggle to review each one, so instead, I’m going to review four select favorites. It opens with “A Uni
Post a Comment
Read more 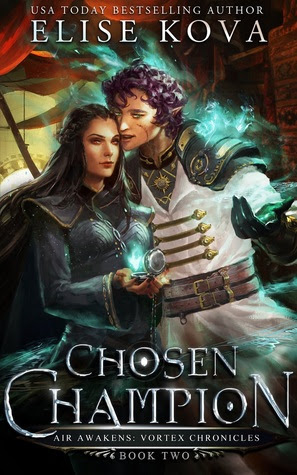 Before we start, I would like to thank author Elise Kova for providing a review copy of the box set! So, we left off Vortex Visions with Vi agreeing to leave her homeland and head to Meru to meet Taavin, and Chosen Champion starts off soon after that, as she’s waiting for the royal parade to take her home only so she can slip away partway through the journey and find her way to the Crescent Continent. Let me tell you, book two keeps up Kova’s exciting pacing, jumping right in with Vi practicing her Lightspinning magic with Taavin. Then it’s right to visiting a prisoner, then political intrigue, and long before the end of chapter one you’re already invested. This book also feels very relevant as I write this, as the world is being ravaged by an epidemic known as the White Plague. Vi is isolated, kept in the fortress for her own good, then when she sees the city it almost looks deserted as everyone keeps to their homes for fear of catching the plague. This book was, of course, written lo
Post a Comment
Read more
October 30, 2020 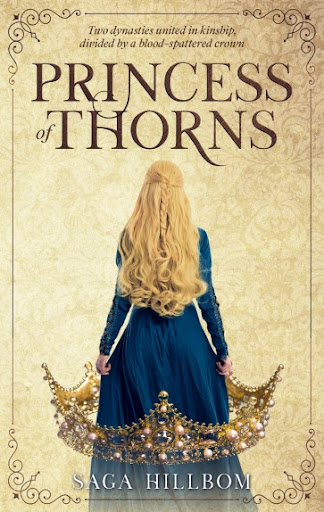 Thank you so much, Saga Hillbom, for sharing this ARC with me so I could review it! Earlier this year, Hillbom shared her previous book City of Bronze, City of Silver , with me and I absolutely loved it. It was a historical fiction about a woman from Sparta and a man from Athens, falling in love despite all odds. Princess of Thorns is another historical fiction, taking place in 1400s, England. It follows the life of real historical figure Cecily of York, one of many women in England’s history who’s frequently forgotten. This isn’t an exciting book, but that doesn’t keep it from being fascinating and heartbreaking. Cecily spends most of the book torn between loyalties, as her mother and her uncle stand on different sides, and being thrown around the country by adults looking out for nothing but their own agenda. Cecily’s growth is staggering. In her first PoV chapter, she pouts over getting a casket covered in rubies rather than diamonds, but that spoiled princess doesn’t last for long
Post a Comment
Read more
More posts